The 65th Running of the Iroquois Steeplechase was on Saturday, May 13, at Percy Warner Park in Nashville, Tennessee. I’ve attended since 2001. Unlike racing’s reputation for events meant only for wealthy horse owners, the Iroquois is very much a family event, with affordable tickets and children under 12 admitted free. Indeed, the Iroquois helps children and their families in a big way, since it benefits Monroe Carell, Jr. Children’s Hospital at Vanderbilt. Everyone is encouraged to bring their picnic baskets, drinks (in plastic receptacles only, please), umbrellas, blankets and chairs. You should also bring your camera for truly magnificent shots of the horses leaping over the jumps and your binoculars if you want to see everything up close. And important: don’t forget hats and sun block. I’ve attended the steeplechase in all kinds of weather, through heat and cold, wind and no wind, rain and no rain, and I’ve loved every minute of it. The excitement starts right away, with the anticipation of the crowd that boards the shuttle busses to the site, laden down with all their paraphernalia. Then when you finally get yourself organized, put on your sun hat, and relax with a cold drink, the first race is announced, and you run to the rail  to see those marvelous horses lift themselves up and over the jump, land on the ground, and immediately start running again as fast as they can to the finish line. There’s just nothing like it.

The history of the steeplechase starts in 1752, says the National Steeplechase Association, when two Irish foxhunters held a race from one church to another in Doneraile County, Ireland. Thus the word “steeplechase” comes from a race in which riders set a church steeple as the goal. The first steeplechase race in the United States was held by the Washington Jockey Club in Washington, D.C. in 1834. Today, the National Steeplechase Association lists 39 events in 12 states. The Iroquois course was built in 1938. The first race in 1941 was named after Iroquois, the first American-bred horse to win the English Derby. The steeplechase has been run ever since, with one suspension in 1945 because of the war.

The Iroquois website lists these interesting facts about steeplechase horses and jockeys: the average weight of a ‘chase horse is 11 pounds, while is jockey is about 145 pounds. The thoroughbred will be over 16 hands and must leap a hurdle of 54 inches. The approximate length of that leap is 20 feet. Race courses are from 2 to 4 miles long. There are about 12 jumps along the way. The three-mile Iroquois course is long and grueling, and puts a lot of strain on both horses and riders. When you watch the fiercely competitive riders who are vying for generous purses and the trophy for the winner, you realize that you’re seeing the finest riders, honed by their experience in races held all over the eastern half of the country, and horses trained by the most experienced and skilled trainers in the sport. Iroquois Day is an occasion not to be missed.

Here are some of my favorite pictures showing the color, drama, excitement and fun of the Iroquois. All copyright by Jeff Fisher. 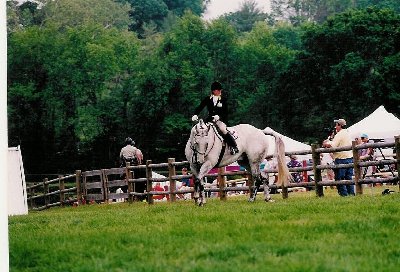 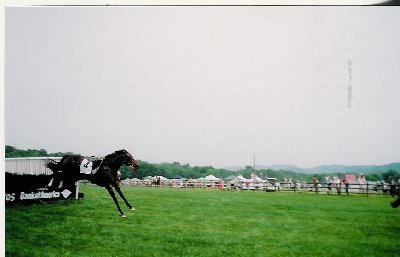 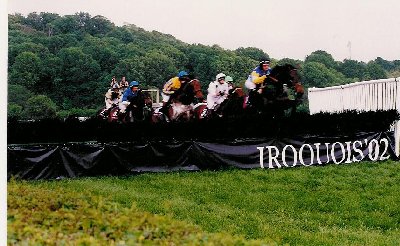 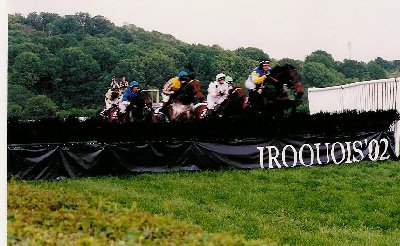 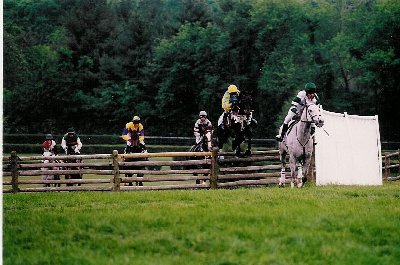 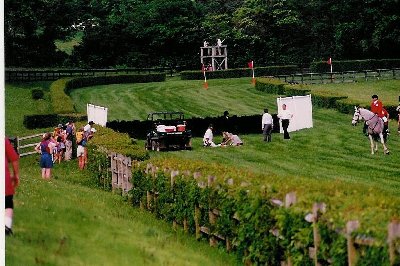 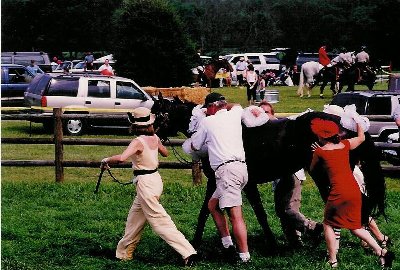 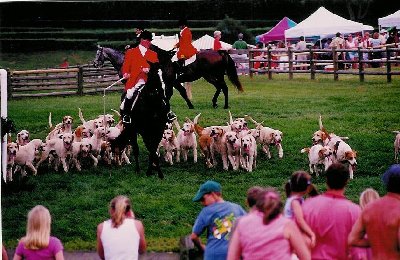 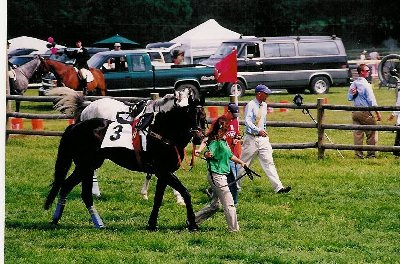 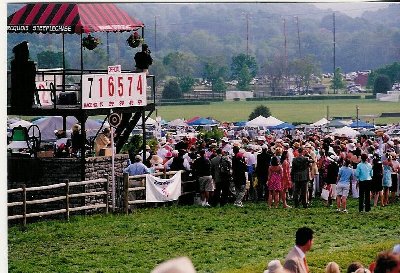 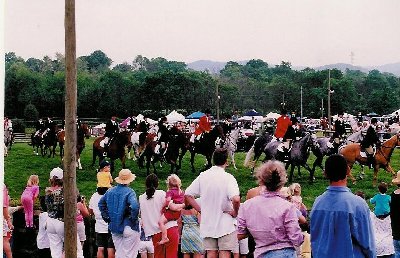