I always confidently assumed that horses could easily defend themselves against human enemies, lashing out with their powerful hooves or biting with their big sharp teeth. That was before I learned about the perils horses face in living with us. The truth is that horses are vulnerable animals, open to a number of abuses from their owners that range from letting horses die slowly from starvation in the pasture to killing them fast by a variety of methods. At the least, if horses survive the ill treatment by their owners, they are often damaged, both physically and mentally. That’s where Linda Tellington-Jones and her TTEAM program come in.

As a talented horsewoman, Tellington-Jones had trained and ridden many damaged horses. Trying to soothe an animal by stroking him with light, circular movements one day, she noticed that he was responding to the touch. She wondered if a systematic practice of this touching pattern would make a difference and soon found it did. Her study with Dr. Moshe Feldenkrais added to her conviction that she was on to something that would help injured horses dramatically.

Dr. Feldenkrais (1904-1984), a renowned scientist and engineer, earned his D.Sc. in Physics from the Sorbonne. In the 1940’s, Feldenkrais was injured seriously and was unable to walk. He began a study of how the movements of the body affect thinking, feeling, learning, and eventually healing. Using what he learned, he restored his own ability to walk, and developed the Feldenkrais Method. In broad terms, the method is based on developing awareness of one’s body to improve movement and function. His work has influenced research in many fields, including psychology, education, child development, gerontology, physical and occupational therapy, and sports enhancement.

Tellington-Jones combined what she knew from vast experience in working with horses and what she learned from Dr. Feldenkrais to design the TTEAM program (Tellington TTouch Equine Awareness Method). It is now used in many countries, including Canada, Austria, Germany, South Africa, Switzerland, UK, and The Netherlands.

First, and most important, TTEAM is a gentle but effective way to retrain horses. Many owners and trainers use verbal and physical abuse to force their horses to obey, the old domination and submission method. But this blocks learning and creates stress, often leading to injuries. The TTEAM technique is based on four beliefs: horses learn as individuals, like humans do; horses should be respected as individuals; horses should be revered for their ability to teach us; and it really is possible for humans to communicate deeply with horses.

How does TTTEAM work? Dr. Tom Beckett, a veterinarian who has used the method with great success explains that a poorly-functioning horse has usually gone through a sequence of events which started with the animal’s “awareness blocked or underdeveloped” and ended with “failure identity.” This led to the horse’s “active efforts to avoid any similar situation/experience, [and] further shutdown of awareness during similar experiences.”  Beckett says that through repetition of negative responses, those responses are programmed in the horse’s neural patterns, below its level of awareness. For example, a horse might not let its new owner place a saddle, because long ago, a previous owner didn’t use a blanket and the horse developed a painful ulcer. Beckett maintains that this type of negative response can be brought to the level of awareness by the program’s non-threatening touch and movement techniques.  Then the horse is open to new alternatives for treatment—and eventual success. If a horse has damaged its nerves or muscles, says Beckett, TTEAM “induces the animal to activate any available alternate neuromuscular pathways to restore function.” Research has shown that the specialized touches—different from petting, stroking or massage—change an animal’s brain wave patterns.

A friend who has used the touching patterns with her own and other people’s horses for many years told me that owners can overcome the fear and pain causing a horse to perform badly, and eliminate programmed behaviors such as resistance to the vet or farrier, bucking, rearing, biting, kicking, uneven stride and poor response to the stable or horse carrier. One horse she worked with refused to accept the bit, rearing and pawing every time someone tried to put it in her mouth. Her handlers told anyone who would listen that the mare was mean. Through touching patterns, my friend found that the horse had chronic pain from an aggravated mouth; perhaps a rider had clanked the bit against her teeth at one time. The horse was shutting off signals from her rider because the chronic pain was getting in the way. Using a “lot of body work,” she touched the gums, roof of the mouth, and the tongue to help the mare relax and get her head down. Knowing that the nerves in a horse’s head are connected to its limbic system, the seat of emotion, my friend helped the horse relax and gain a softer chin. The horse had a new awareness of its mouth. Understanding of the horse’s problem and patient work resulted in the horse’s allowing herself to be bridled. Another mare was called stupid and stubborn by her handlers because her eyes looked small and it took forty-five minutes to load her. My friend said that her eyes were narrow because she was terrified, and after tailoring the touch patterns for the mare’s individual learning style and working with her for half a dozen times for thirty minutes at a stretch, the mare consented to be loaded in ten minutes.

My friend and others who have learned and practiced the humane TTEAM techniques have evidence that the program works well. They have seen that once a horse’s pain and resulting tension are alleviated, the animal is able to focus on the damaged part of his body and learn to perform the right way.

To find out much more about TTEAM, go to www.tteam-ttouch.com 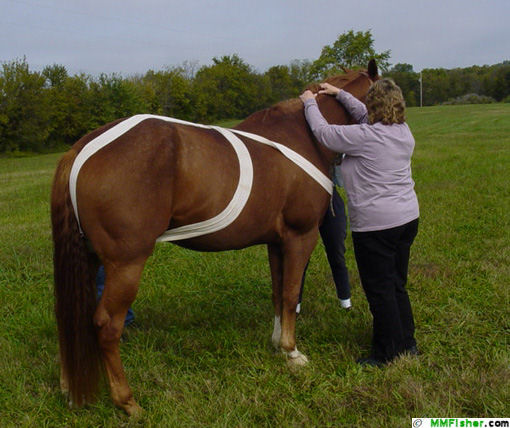 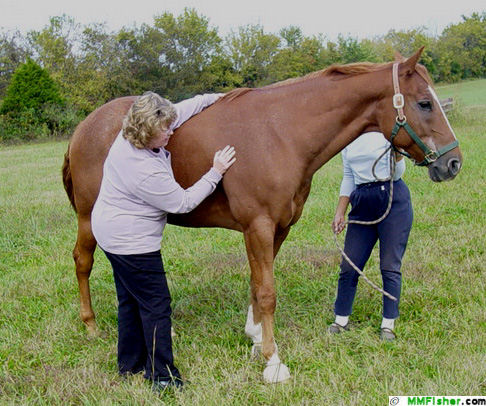 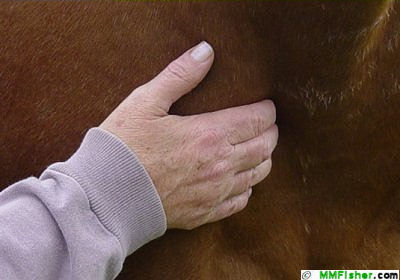 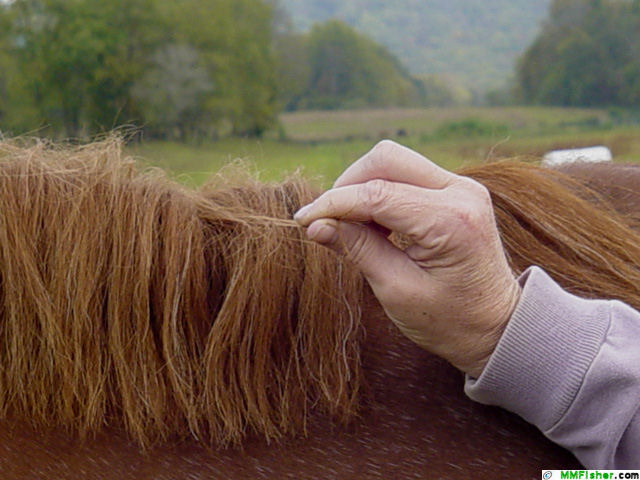 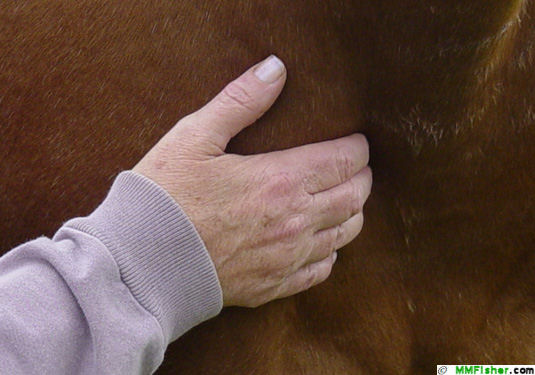 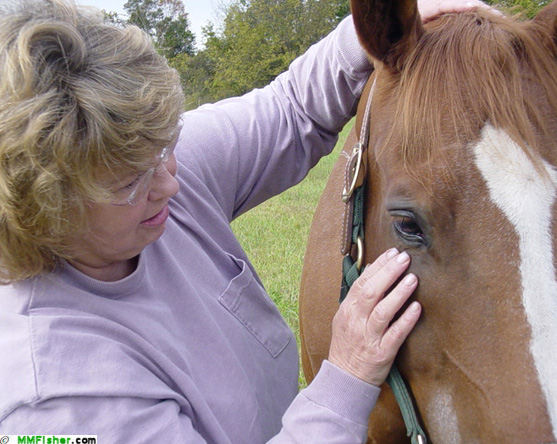 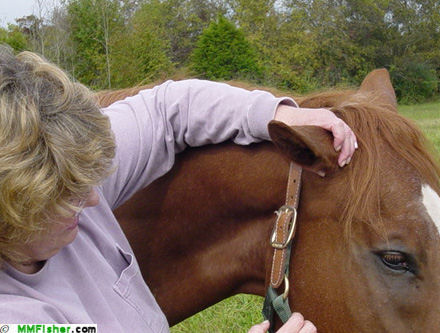