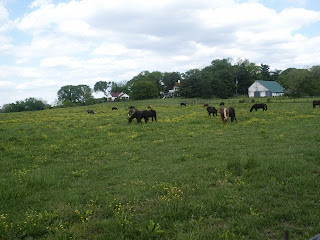 Several months ago, I read an article about the deaths of four horses at a riding stable near my home. They died from botulism, a devastating kind of food poisoning that comes from a neurotoxin, defined by Webster’s as “a poisonous complex especially of protein that acts on the nervous system.” The effects of botulism upon a horse may include muscle tremors, a weakness so pervasive that the animal cannot stand up, the loss of the ability to control his or her tongue and thus the process of swallowing, and a stiff, short, stumbling gait. Death results because of the horse’s paralyzed respiratory system, or from associated health problems.
Botulism occurs when horses eat feed or water that contain the deadly toxin. For example, haylage, a silage made from partially dried grass, can be contaminated during raking and baling. Perhaps the body of a dead animal, maybe a snake or a rabbit, is caught in a bale. When several horses develop botulism, the vet looks for poisoned feed or water. What is so troubling for owners is that sometimes the silage may look and smell rotten, and it can be disposed of. But often, the poisoned feed shows no sign of spoilage, and then the horses eat it.
In the case above, it may well be that the recent flooding in Tennessee caused the fields to flood and the hay to get wet. It decayed and the toxic bacteria entered the horses’ bodies either by ingestion or through a cut.
When a horse is hospitalized for botulism, the cost is often prohibitive for the owner. The sick horse must be given a serum over many days at $700 for each bag.
While we read about the tragic ways in which the recent flooding affected human beings, we often forget that horses are prey to natural disasters too.