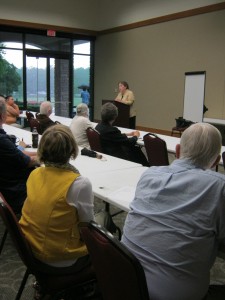 One of my favorite things to do is present a talk and discussion at the beautiful Brentwood Library in Brentwood, Tennessee. On Thursday May 9, 2013, I’ll be discussing “Hardboiled Detectives in Dashiell Hammett, Raymond Chandler and Robert B. Parker.” The character of the tough detective who lives in a harsh world where hope and redemption are barely possible goes back to the early twentieth century where writers like Hammett and Chandler were trying to establish a new kind of detective literature with a new world view. Later Robert Parker would carry on this tradition with a twist. As soon as Hollywood saw how popular these books were, it started making movies of the novels and short stories. Hence, the immortal The Maltese Falcon. France discovered these dark movies and named them “Film Noir” or “black film.” I’m sure the audience will have many ah-hah moments when they hear what goes into hard-boiled books or movies for they are still with us!
Essentials:
Date: May 9, 2013
Place: Brentwood Library, 8109 Concord Road, Brentwood, TN
Class fee: $20