Home→Blog→About This Author→Two Rich Places to Visit: The US Space and Rocket Center and the Lane Motor Museum 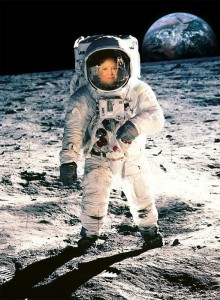 Much of November was spent in my office writing. But Thanksgiving was coming, and I missed my family sorely. I hadn’t seen them all together for the holiday for a long time. I wasn’t sure everyone could come;  they range as far away from me as Texas and Ohio. Eventually they all said they were coming. The Ohio people flew; the Austin, Texas people drove, choosing to see as much country as they could on the way here. My Tennessee family would be here too.  Since we were gathering for Thanksgiving dinner at my house, I had a lot to do ahead of time. We needed a second car so I had to take my Escape to be thoroughly checked out, where naturally, I found the old darling needed a lot of work and money to get it in good enough shape to drive to Huntsville, Alabama and elsewhere. I went over and over the menu with my local daughter and went to the store several times.  I ordered a huge turkey to be ready for Monday of Thanksgiving week. My house had to be vacuumed, cleaned and polished. I debated giving my cat a bath because he scatters dander as he goes.  I realized, though, that everyone coming to dinner was an animal lover. Our family owns cats, dogs, and rabbits and would be tolerant of dander.

What else would we do besides eat while everybody was here? Historically, my family wants to do other things besides eat. High on the list was the US Space & Rocket Center in Huntsville, Alabama. One person coming had never seen it and so this was considered a priority. We spent all day Tuesday there. The overriding emphasis there is educational: developing the space shuttle and the international space station; learning about the newest technological advances both now and hoped-for in the future; the role of private travel to space. You can see the Apollo 16 capsule called Casper, the Skylab solar array, the original Mercury and Gemini trainers, and finally, participate yourself in interactive exhibits and space simulators. A never-to-be-forgotten trip

People also wanted to see the Johnny Cash Museum, the Country Music Hall of Fame, and the Lane Motor Museum.

Lane Motor Museum is one of the few museums in the U.S. to specialize in European cars. It is a working museum with the goal of maintaining all vehicles in running order. Some cars are in showroom condition, while others represent typical aging. Efforts are made to restore each vehicle to near-original specifications.

The Museum has been developed in a well-known Nashville landmark, the former Sunbeam Bakery at 702 Murfreesboro Pike. Home to the bread company beginning in 1951, the 132,000 square-foot facility was the largest and most modern bakery in the area at the time of its opening. The bakery building, outfitted for the museum’s needs but left with many of its original characteristics, has a high ceiling, natural light, and hand-crafted brick and maple wood flooring. The architectural style complements the age of the cars represented. The main floor has approximately 40,000 square feet of open space, ideal for displaying the collection.” (Thanks to Lane Car Museum for this information.) Let me add as a frequent visitor that the admission is very modest and everyone who works or volunteers in the museum friendly and accessible. Our visit there on the day following our dinner was fascinating to anyone who loves car and car design, as it always is. We always have fun there.

Eventually everyone from out of town went home and Thanksgiving was over for another year. But this holiday stands out because at last we were all together in one place enjoying one another’s company, laughing and talking as of old.