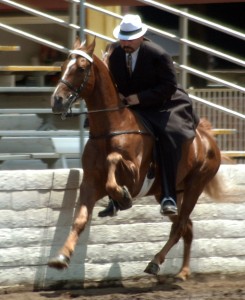 Often it seems that nothing gets accomplished in the ongoing fight against soring horses. The proposed 2013 PAST legislation (Prevent All Soring Tactics Act) may be a dead issue. Bringing people who sore horses to justice is often stymied by judges who don’t impose penalties to the limit of the law. By the way, those penalties are often not strong enough to really punish people like the person who did the damage seen in the above picture. But there are real heroes in the struggle. Thanks to the great folks at www.forthetwh.com for this news of what happened in 2014 to help defeat soring.

NEWS, ARTICLES and HOW YOU CAN HELP – Christmas for the Tennessee Walking Horse Continues Into the New Year

I am amazed, simply amazed at the hard work and dedication of the sound horse people in the past year of 2013.  December turned out to be a wonderful month for the TWH, and the gifts just keep on giving.  I was actually going to put together a timeline of what happened, but good ol’ Billy Go Boy did it for me!  Here’s a quick rundown of the timeline, and you can read it directly here.  I have added links to the confessions so everyone can read them.

Then today, Eric Gray, a former TWH farrier, came out with a letter about pressure shoeing and how it works.  Click here to read it.  From his letter:

First a little history: when you pulled shoes back in the mid 90s, back before the machines, it wasn’t uncommon to find a half of a halter ring sitting behind the white line and in front of the frog of a horse that had been trimmed with a shaved down, flat sole.  I’ve personally found all sorts of things on big lick horses between the top of the nail pad and the bottom of the hoof, things like strings of quarters glued together, heel springs with bouncy balls melted on to the area of the frog, nail pads that were ground down at the edges but domed at the center and hammer shims of metal including steel.  Flat shod horses weren’t immune to the problem, either. Tall beads of weld around the inside toe area of the surface of the foot caused painful sole pressure and there were other tricks as well.

Melted?  MELTED???  I am just shaking my head at that.  I know I shouldn’t be, but I am constantly shocked at the lengths people will go to to torture animals.

But what’s most shocking is this:

I have seen horses left standing in crossties overnight, days before a show to keep them from lying down and escaping the pressure in their feet.  I once arrived at a barn in the early morning to find a horse dead, still hanging from the crossties. The autopsy revealed stress colic due to unexplainable circumstances.

I used to keep a list of horses that were listed in the Voice magazines that had died due to colic.  They weren’t exactly old horses, either.  It just seemed suspicious to me since it seemed several horses died each month from colic.  What are the people in Tennessee doing that these horses keep dying of colic?  I wish I had kept that list.

Some huge news from Graceland also hit the computer screen.  Priscilla Presley, Elvis Presley’s wife, came out and will be taking back the trophy she and Elvis donated to the Celebration.